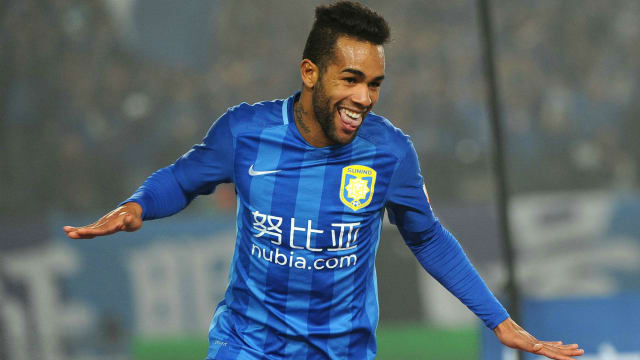 The Brazilian, who moved from Shakhtar Donetsk in a EUR50million deal in February, had a hand in all three goals as Dan Petrescu's side climbed into second in Group E. Jeonbuk Motors of Korea remain top after their 3-0 win over Tokyo, who drop to third.

Seoul secured top spot in Group F thanks to a 2-1 win over Buriram United, while Diego Tardelli's solitary strike against Sanfrecce Hiroshima means Shandong Luneng will progress with the Koreans.

Meanwhile, Sydney FC and Urawa Reds played out a 0-0 draw at the top of Group H, a result that means Guangzhou Evergrande Taobao exit the competition despite their win over Pohang Steelers on Tuesday.

In Group A, Lokomotiv remain a point above Al Nasr after their 1-1 draw, but Al Ittihad's 4-0 win over bottom-side Sepahan - in which there were three goals in the final eight minutes - means qualification for the next round will go down to matchday six.

Zob Ahan are safely through to the next phase, however, after a 3-0 win over Al Nassr in Group B guaranteed they will finish top. Lekhwiya are second after a 2-0 win over Bunyodkor.