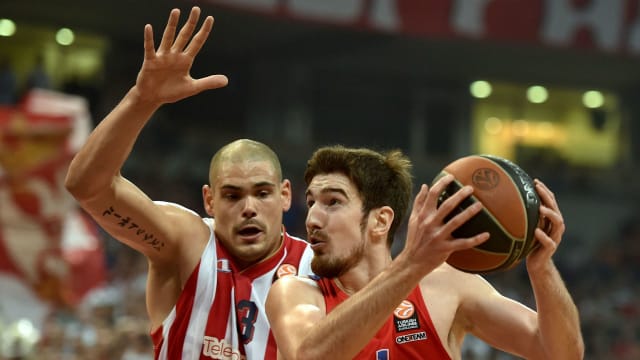 CSKA Moscow became the first team to qualify for the Final Four of the Euroleague in Berlin next month by beating Crvena Zvezda 78-71 at the Kombank Arena on Monday.

Crvena Zvezda needed a victory to keep their hopes of advancing alive after losing both games in Moscow, but their challenge was ended in front of their own supporters as CSKA took an unassailable 3-0 play-off lead.

Russian powerhouses CSKA are assured of a place in the Final Four for the13th time in the last 14 seasons thanks in no small part to another key contribution from Nando De Colo in Belgrade.

The prolific French guard has now scored double figures in 29 of his last 30 Euroleague matches after weighing in with 20 points, while team-mates Milos Teodosic and Nikita Kurbanov claiming 12 apiece.

Kurbanov also took six rebounds, a tally bettered by Cory Higgins with nine as CSKA led 36-35 at half-time before taking a 12-point advantage at the end of the third quarter.

Crvena Zvezda battled back to only trail 67-66 in the final quarter, but were unable to claim their first victory in nine attempts against CSKA.

Quincy Miller led the hosts with a 15-point haul, but they fell short against a more clinical CSKA outfit.