Srna is a special player - Lucescu 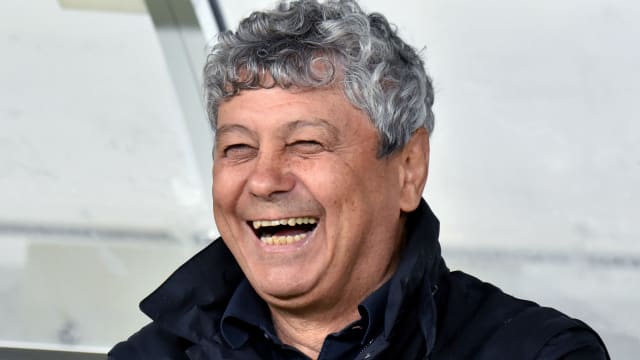 Shakhtar Donetsk coach Mircea Lucescu hailed Darijo Srna as "a special player" after the Croatian scored on his record-breaking 486th appearance for the club.

The Ukrainian outfit cruised to a 4-0 win over Braga in their Europa League quarter-final second leg, giving them an aggregate victory of 6-1.

Srna's opener from the penalty spot was followed up by two own goals from Ricardo Ferreira and a strike from Shakhtar's Viktor Kovalenko to see the home side through in style.

Lucescu was quick to praise his captain for an inspiring performance, saying: "Darijo Srna is a special player. It's incredible to play 486 games for one team.

"We make a step from game-to-game. The team are gradually growing.

"The game proved to be entertaining. The fans enjoyed it, and they supported us well."

Defeat was a hard one to take for Lucescu's opposite number, Paulo Fonseca, who saw his side denied a strong claim for a penalty in the first half.

He said: "We started well, but we have played against teams that are much better and won with ease.

"When you lose 4-0 it is not worth going into lamentations. We must recognise the huge superiority of Shakhtar, which is a very strong team."

He added: "At this difficult time, we must understand that we were in a stage of the competition in which almost no one thought we would get to.

"Now we have to think of other competitions."