Liverpool comeback one of the best games in years - Lovren 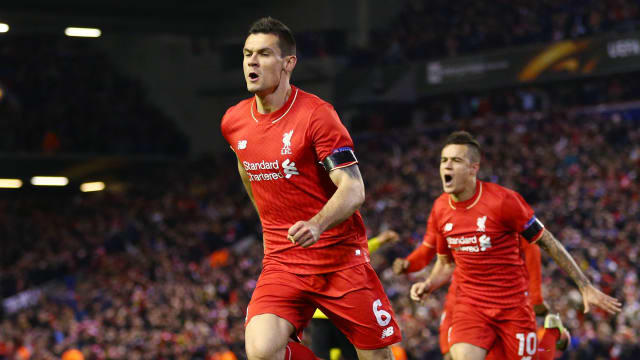 Liverpool hero Dejan Lovren believes his side's exhilarating Europa League comeback against Borussia Dortmund was one of the best matches in recent years.

Jurgen Klopp's Liverpool scored three times in the final 24 minutes through Philippe Coutinho, Mamadou Sakho and Lovren to recover from 4-2 behind on aggregate to win 5-4 at an ecstatic Anfield and move into the semi-finals.

It was Lovren's stoppage-time header which finished the job and the centre-back was delighted after the dramatic second-leg victory, which came after a 1-1 draw in Dortmund last week.

"It is an amazing feeling," the 26-year-old said to BT Sport. "It is one of the best games in the last two or three years.

"We didn't expect we would start like we did, but we never stopped believing in ourselves.

"We said at half-time we have nothing to lose, we need to just to believe. It was a great effort from everyone, we deserved to win."