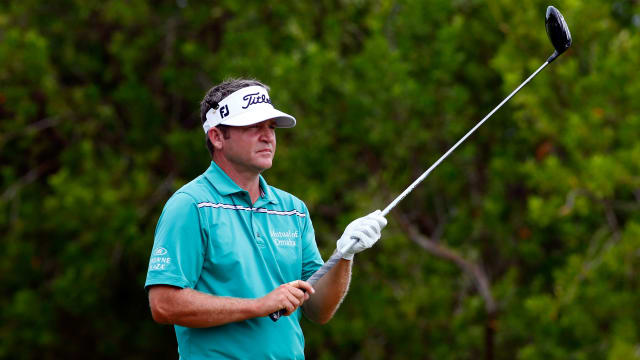 Jason Bohn will make his return to the PGA Tour at the RBC Heritage this week, less than two months after suffering a mild heart attack.

The 42-year-old suffered the heart attack at the Honda Classic in late February, and was rushed to hospital before it was confirmed he was in a stable condition.

Now recovered, Bohn has spoken of the ordeal and says he will approach this week's event at Harbour Town Golf Links with a greater sense of perspective.

"The only thing I noticed [at the time] that was kind of unique to me is sometimes we'll hit shots and we'll carry the golf club to the next point before we hand it back to our caddie, and I felt like the club felt a little bit heavier in my left hand, but nothing significant," Bohn told the official PGA Tour website.

"I really just thought I hadn't gotten over the flu or bronchitis.

"They said, 'No, we're going to put you on a stretcher and we're going to take you to the hospital', and that's when I thought, 'Uh oh, something is not right'.

"It was a little bit like, 'Whoa, what's happening?'...I'm thinking to myself, 'All I wanted was a Z-pack', and now I'm in the back of this ambulance going to the emergency room.

"It doesn't matter because I'm back playing golf again."