Shevchenko hails Allegri as 'one of the greats' 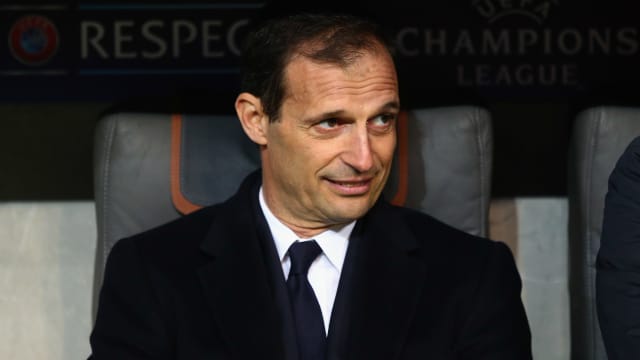 Former AC Milan striker Andriy Shevchenko has hailed Massimiliano Allegri as one of Europe's great coaches, as he closes in on another Serie A title with Juventus.

Following a difficult start to the campaign, Allegri has guided Juve to 20 wins out of 21 league matches to open up six-point lead at the top of the table with seven games left to play.

The 48-year-old lifted the double and reached the Champions League final last season after replacing Antonio Conte in Turin, and Shevchenko has been left impressed with the way in which the former Milan boss has defied expectations.

"I like him and I think he surprised many with his progress," he told La Gazzetta dello Sport. "He has grown tremendously as a coach: he arrived at Milan when he was young, no one imagined his potential, and probably no one thought that he would become so successful coming to Juventus after Conte.

"Instead, Allegri was able to overcome the difficulties and start fresh. I saw the team in the Champions League; Bayern Munich eliminated them, but they played so well. Juventus are a great side created by Allegri and the club. He is one of the great coaches in Europe."

Juve visit Milan on Saturday in a game which could prove decisive for Sinisa Mihajlovic's future, with a top-three finish looking almost impossible.

Shevchenko, who won Serie A, the Coppa Italia and the Champions League at San Siro, is confident the future looks bright for Milan - but concedes that a return to Europe's top competition is essential.

"Every club goes through delicate moments. To get back to winning, Milan must first qualify for the Champions League," he said. "The team is still developing, it has new players such as [Carlos] Bacca, a striker who I really like. It takes time to assemble and it takes patience.

"Now Juventus are so far ahead in the standings, but I am convinced that this match will be fought and played tightly. To win certain games, you have to be compact."