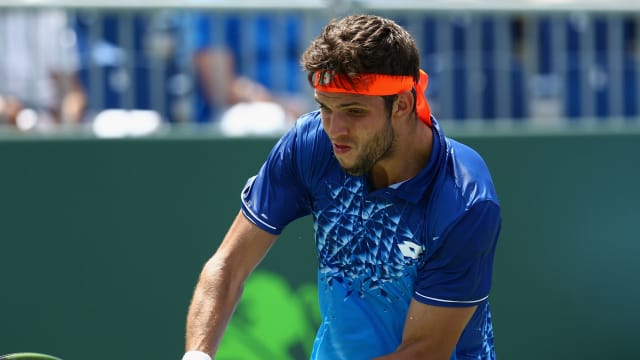 Top seed and former champion Guillermo Garcia-Lopez was dumped out of the ATP Grand Prix Hassan II in the quarter-finals by Jiri Vesely.

Vesely, who lost his only other career meeting against Garcia- Lopez in Bucharest last year, fired down six aces and won 81 per cent of first-service points in a clinical display.

Veteran 34-year-old Paul Henri-Mathieu, the 2007 champion, put up a brave fight against third seed Borna Coric before falling to a three-set defeat.

On the other side of the draw, 35-year-old Albert Montanes - whose last ATP title came three years ago - continued to roll back the years with a 6-1 7-5 beating of Facundo Bagnis.