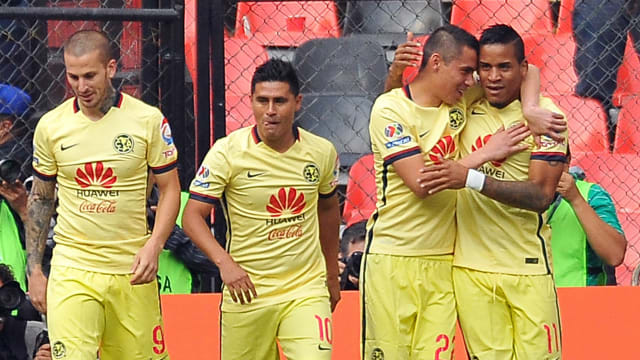 America are on course to defend their CONCACAF Champions League crown after an extra-time win over Santos Laguna in the semi-finals.

Neither side could find the back of the net after 180 minutes of play over the two legs and it took until the 12th minute of extra time to find the decisive goal.

Michael Arroyo will go down as the hero, but it was only courtesy of horrendous goalkeeping from Santos' Agustin Marchesin, who let the 102nd minute free-kick into the back of the net.

Arroyo struck what should have been a regulation free-kick at Marchesin but the Argentine goalkeeper let the ball slip straight through his hands and into the back of the net.

America played all of extra time with 10 men after Carlos Quintero received a straight red card for a dangerous lunge.

The late action followed a feisty second half of few clear-cut chances, while Santos pushed hard for an equaliser late in extra time but could not find the breakthrough they needed.

America will be chasing a seventh Champions League title when they take on Tigres UANL in the final.