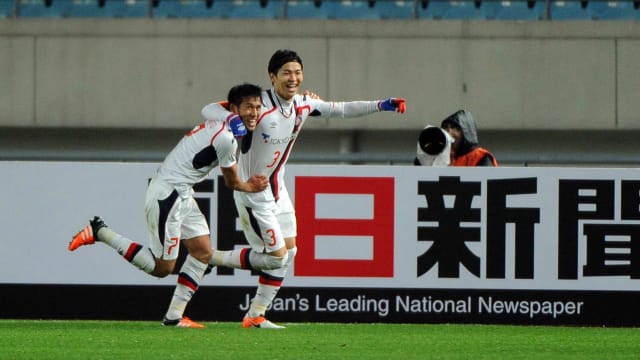 A single strike from Temurkhuja Abdukholikov helped Lokomotiv Tashkent to a 1-0 home win over Sepahan and top spot in Group A.

Al Nasr had to settle for a scoreless draw with Al Ittihad and consequently dropped to second place with seven points from four games.

Tokyo climbed to first place in Group E following a 2-1 away victory over Jiangsu Suning. Masato Morishige's brace either side of Jo's penalty earned the points, with Jiangsu defender Li Ang receiving his marching orders inside the final five minutes.

Elsewhere in that group, Binh Duong recorded a surprising 3-2 win over Jeonbuk Motors for their first win of the competition. Nguyen Anh Duc was the hero for the Vietnam side, converting a penalty in the 88th minute after previously finding the net from 12 yards for the opener.

Shanghai SIPG saw off Gamba Osaka 2-0 in Group G and remain top with nine points from four games, while Melbourne Victory maintained their unbeaten status as they recorded a 1-1 draw with Suwon Bluewings.