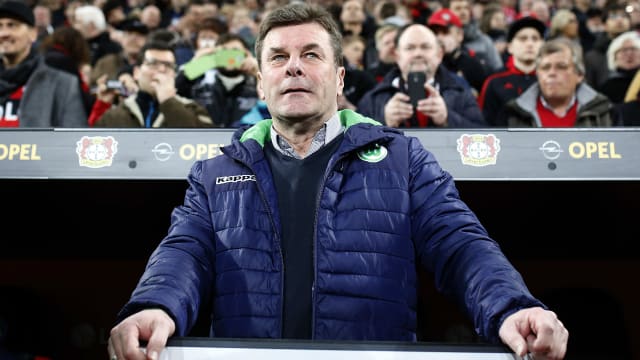 Wolfsburg boss Dieter Hecking says his side will hold no fear of Real Madrid when they meet in the Champions League quarter-finals.

Zinedine Zidane's side are firm favourites to emerge victorious from the tie and go into Wednesday's first leg off the back of a 2-1 win in the Clasico which ended Barcelona's 39-game unbeaten run.

Hecking has plenty of respect for Madrid but has challenged his players to "go through fire" in order to rise to the challenge and record a positive result in Germany.

"Games like this are the salt in the soup. This is what every footballer and fan wants. This is a huge opportunity for us," he said on Tuesday.

"I'm happy when I sit here tomorrow and you congratulate me on a good performance, but for that I need a team who will go through fire tomorrow.

"There is respect, but not fear. I also hope we get the support from the fans. We need to fight with our own weapons."

Cristiano Ronaldo's winner at Camp Nou on Saturday took his tally to 42 for the season, but Hecking has warned Wolfsburg they cannot put all their effort in to stopping the Portuguese.

"We can't just focus on Ronaldo," he said. "[Karim] Benzema is also very dangerous, [Gareth] Bale, defenders like Pepe and Sergio Ramos. So is Toni Kroos, who pulls the strings in midfield."

Wolfsburg hope to have Bas Dost back from a broken foot which has kept him sidelined since the middle of January, but Hecking will leave a decision on centre-back Naldo until the last moment.