The Masters: Players to watch 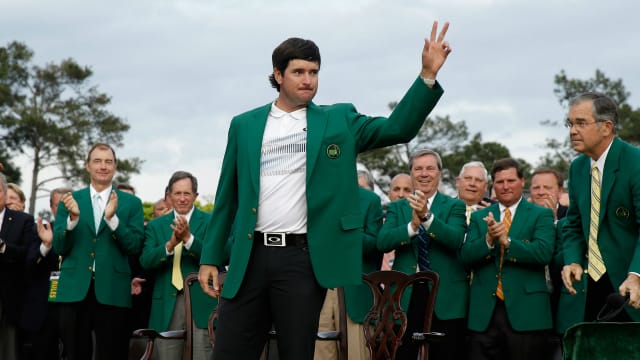 The 2016 Masters is arguably the toughest to predict in many years, with a number of players having reason to be optimistic as they prepare to begin their challenge at Augusta.

We assess the form and chances of the leading contenders.

As a big-hitting left-hander who typically shapes the ball from left to right, Watson boasts a game that is ideally suited to Augusta - as evidenced by his Masters wins in 2012 and 2014. Bubba finished in a tie for 38th last year, but has a victory and a runner-up finish at his name this season and will be many people's favourite to prevail once again.

Quite simply the best player in the world at present, Day arrives at Augusta having claimed back-to-back wins at the Arnold Palmer Invitational and WGC-Dell Match Play. The Australian broke his major duck at last year's US PGA Championship, after contending previously on several occasions, and also boasts a strong record at Augusta, with two top-three finishes in the last five years. He starts this week as the bookmakers' favourite.

Last year's champion has not been able to find his best form since starting his season with a win at the Tournament of Champions. The 22-year-old has struggled at times with his usually red-hot putting and accuracy. But would it really surprise anyone if he gets fitted for another green jacket on Sunday? In two previous appearances at Augusta, he has not finished lower than second.

Scott might be in the perfect situation. Just last month he won two consecutive events. Since then, Day has taken the spotlight off his countryman and Scott can now slide under the radar to a certain extent. The first Australian to win the Masters when he slipped on the green jacket in 2013, Scott also finished in a tie for second five years ago.

The buzz heading into last year's Masters centred around McIlroy and his quest for the career Grand Slam. The form of others means there is less hype surrounding the Northern Irishman this time around, but this could well be the year he cracks Augusta - a course he seemed set to triumph on in 2011 prior to a final-round collapse. Fourth last year after a tied-eighth finish in 2014, McIlroy will hope a recent change of putting stroke reaps rewards.

Schwartzel has not had much success at Augusta since winning in 2011, but the ice-cool South African is dialled in right now with the putter and boasts three wins worldwide inside the last six months.

Mickelson's very best years may be behind him at the age of 45, but 'Lefty' will always have his backers when Masters week rolls around. A three-time winner of the green jacket, he has finished in the top 10 on a remarkable 15 occasions and was tied-second behind Spieth last year.