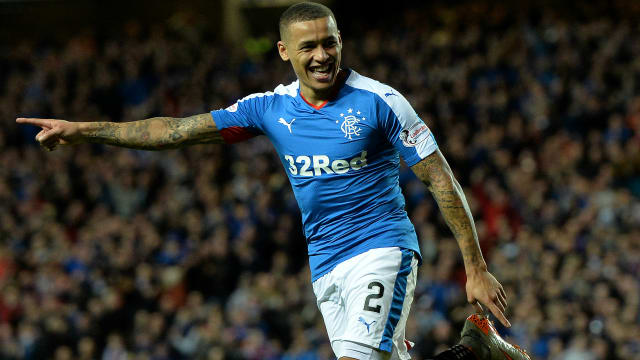 Rangers secured promotion to the Scottish Premiership with a 1-0 home win against Dumbarton on Tuesday, while Celtic were held 0-0 at Dundee.

James Tavernier scored early in the second half to seal victory for Mark Warburton's men, whose 17-point lead means Falkirk and Hibernian now cannot catch them at the top of the Scottish Championship table.

The victory means Rangers return to the top-flight following a four-year absence after liquidation meant the revamped club had to start again at the bottom of the Scottish professional leagues.

Next season Rangers will be reunited with their Glasgow rivals Celtic, who drew 0-0 at Dundee to increase their lead from Aberdeen at the top of the Scottish Premiership to five points.

Stefan Johansen and Rory Loy both struck the woodwork but neither side could break the deadlock, with Dundee narrowly holding on to the final place in the division's top half with one game to play before the league splits.

Kris Doolan scored the winner as Partick Thistle beat bottom side Dundee United 1-0 to move seventh in the table, level on points with Dundee.