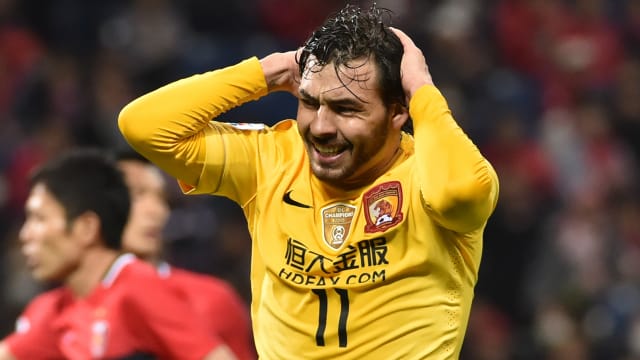 Guangzhou Evergrande Taobao's hopes of defending the AFC Champions League are hanging by a thread after the latest round of group games on Tuesday.

Sydney remain top of Group H thanks to a 1-0 win over Pohang Steelers, but the holders' campaign remains in serious danger of coming to an early end after they were beaten 1-0 by Urawa Reds in Saitama, leaving them bottom of the pool after four games.

Al Nassr lost their place at the top of Group B thanks to a 4-0 thrashing by Lekhwiya, while Zob Ahan's 5-2 win over Bunyodkor saw them move three points clear in first.

El Jaish stay top of Group D despite losing their perfect record following a 0-0 draw away to Nasaf, while Al Ain move into second thanks to their 2-1 win away to Al Ahli.

In Group F, Seoul remain three points clear of Shandong Luneng after their 0-0 stalemate in Korea, with Sanfrecce Hiroshima now a point behind in third thanks to a 2-0 victory away to Buriram United.