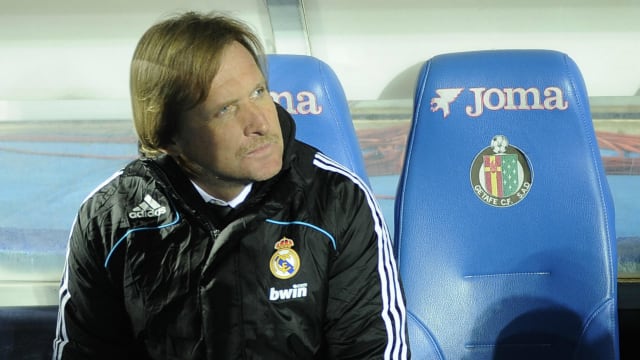 Former Real Madrid coach Bernd Schuster believes his former side are the third best team in Spain ahead of Saturday's El Clasico at Camp Nou.

Schuster said Real were unbalanced and were being outdone in player recruitment by Barcelona, adding that even Atletico Madrid had overtaken his former club.

"Leaving aside personal preferences, if you take the Madrid squad, draw a line and divide it in two, you know that it is not balanced and at the top you pay for that because your biggest rivals are doing things better," he was quoted as saying by AS.

"Your rivals and even Atletico are doing things better. They change one piece for another in the same position, something that Madrid don't do and to a certain extent they're paying for it."

Schuster said the unbalanced nature of the squad made it hard to predict what was to come from Real in the highly-anticipated La Liga clash.

"I'm not sure how they'll perform. I see so many highs and lows that I don't know what to expect," Schuster said.

"After the international break they've barely trained together. They appear to be playing better but we'll see.

"One player who does seem happier is Cristiano [Ronaldo]. Before he didn't look happy. Cristiano needs to be comfortable and happy and to know he's the best.

"At the moment the Barcelona front three are more convincing. They're amazing to watch."