Haye to donate 10 per cent of ticket takings to Blackwell 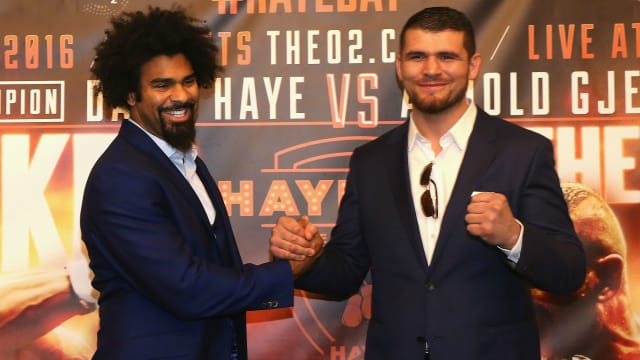 Former heavyweight world champion David Haye has announced he will donate 10 per cent of the ticket sales from his next fight to fellow boxer Nick Blackwell, who remains in an induced coma following his bout with Chris Eubank Jr last weekend.

Haye, who returned to the ring with a routine stoppage of Mark de Mori in January following a lengthy absence from boxing, confirmed on Wednesday that he will face unheralded Kosovan Arnold Gjergjaj at the 02 Arena in May.

And a message from Haye's official Twitter account confirmed Blackwell will receive a cut of the takings from the Gjergjaj bout.

The tweet read: "David will be donating 10 per cent of all ticket sales to @nickblackwell02 to help him and his family get back on their feet #Hayeday."

Blackwell was hospitalised after suffering a bleed on the brain following his British middleweight title defeat to Eubank Jr on Saturday.

The 25-year-old was subsequently placed in an induced coma and has received messages of support from a host of leading British fighters, including Tyson Fury, Scott Quigg and Kell Brook.