It's not as though I've killed someone - Vela 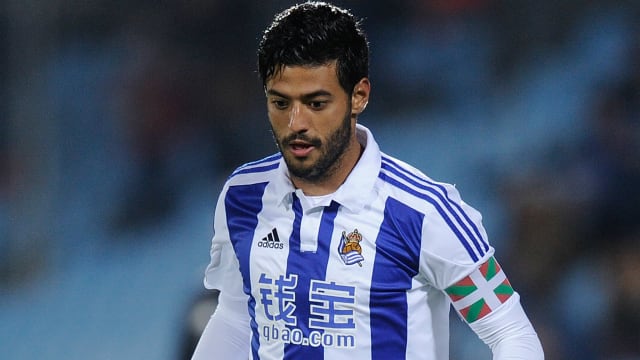 Vela was reprimanded by the La Liga outfit after missing a training session just hours after he was spotted in a Madrid nightclub.

The Mexico international was handed a heavy fine but was not excluded from the team's activities after captain Xabi Prieto petitioned coach Eusebio to allow the player back into the squad.

However, despite admitting he made a mistake, Vela said everybody misses work.

"All of us make mistakes and the majority of us have missed a day's work for whatever reason. But it's not as though I've killed someone," he told reporters.

"I made a mistake; I am the first to admit that I put my foot in it and I accept everything that follows as a result of my error.

"As a person, I think you should assume the responsibilities of your actions. I repeat: I respect the fans a lot, for the good things and for the bad.

"I have no complaints with them, even when they target me for not being the professional I should be."

Vela said he understood the frustration from the Sociedad supporter base but insisted it is time to look towards the future.

"The fans have shown how angry they are with me. I respect the fans a great deal. I have apologised to my team-mates and to the club, and now I don't think it's necessary to keep going over it," the 27-year-old added.

"Now we have to look to the future. I made a mistake but I can't keep dealing with what's in the past; I promise that it won't happen again.

"We have to look forward and I have to work hard in training and get back to my best for the team - that's all I can do."