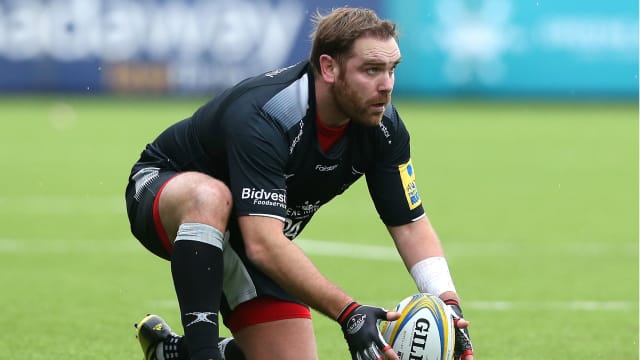 Former England international Andy Goode has announced his plans to retire from rugby union for the second time in the last 12 months.

The Newcastle Falcons fly-half will hang his boots up after next weekend's Premiership clash with Wasps at Kingston Park, ending a three-month return to action.

Goode originally retired in September after injury saw him fail to make a single appearance for London Irish, however the 35-year-old made a surprise return with Newcastle in December to help alleviate an injury crisis.

Since making his debut against Irish on January 10 Goode has made six appearances for Newcastle, scoring 15 points as the club fight to stay in the Premiership.

"I have enjoyed my time with Newcastle Falcons and would like to thank [director of rugby] Dean [Richards], the entire staff and the Falcons' supporters for the welcome I have received," he told the club's official website.

"I have been able to play some part in delivering positive results for the club, and I will take fond memories from my time in the North East.

"But the job isn't done yet. There is still one last game before my commitment to the club ends, and that is a huge home tie next Sunday against Wasps.

"I would love to be able to sign off by playing a part in one last victory during my time with the Falcons, and naturally wish them all the best for what remains of the season."