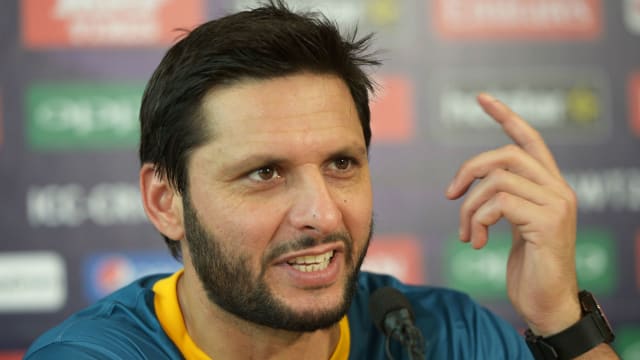 A furious Javed Miandad said Pakistan Twenty20 captain Shahid Afridi should be "ashamed" of himself after stating that he has been given more love by Indian crowds than fans in his homeland.

All-rounder Afridi played down security concerns after Pakistan arrived in India for a World Twenty20 tournament in which they will come up against their hosts and arch-rivals.

Saturday's eagerly-awaited Group 2 match between India and Pakistan was moved to Kolkata as security in Dharamsala could not be assured, while a bilateral series between the two sides scheduled for late last year was cancelled due to political tensions.

But Afridi said: "I've not enjoyed playing anywhere as much as I have in India. I am in the last stage of my career and I can say that the love I have got in India is something that I will always remember. We have not got this much love even from Pakistan.

"There are cricket-loving people here, much like in Pakistan. Overall, I've enjoyed a lot playing in India in my cricketing career."

Fellow Pakistan all-rounder Shoaib Malik added: "I would like to thank the Indian government. The security is very good. My wife is from India and I come to India a lot. I have never faced any security issue.

But legendary former Pakistan captain Miandad was far from impressed with the comments from Afridi and Shoaib.

He said on the said on the 'Aaj TV' channel: "What have the Indians given us? Speak the truth even while in India.

"For the last five years what have they given us or done with Pakistan cricket. Having served Pakistan cricket for so many years I am shocked and hurt to hear such comments from our players,

"These cricketers should be ashamed of themselves for saying such a thing. Shame on you."