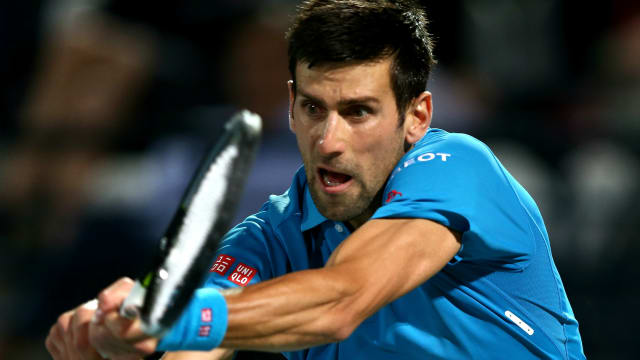 Novak Djokovic survived a big scare from Bjorn Fratangelo to advance to the third round of the BNP Paribas Open on Sunday.

The world number one dropped the first set but fought back to claim a 2-6 6-1 6-2 victory in Indian Wells.

Fratangelo, who sits 148 places below his Serbian opponent in the world rankings, broke twice to take a 4-0 lead in the first set at the ATP 1000 event.

The American qualifier went on to win the first set but Djokovic looked far more comfortable in the second, winning 94 per cent of his total service points.

Fratangelo, 22, kept fighting in front of the home crowd but Djokovic broke early in the third set before going on to complete the win after one hour, 46 minutes.

Djokovic will now face Philipp Kohlschreiber in the last-16 after the German eased past Denis Kudla 6-0 6-1 earlier in the day.