Joseph and England driven by RWC heartbreak against Wales 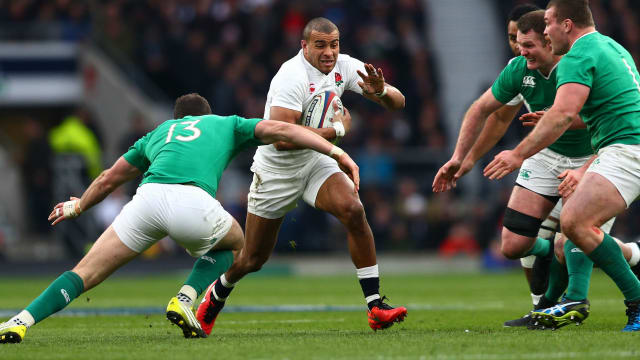 Jonathan Joseph expects the memory of England's Rugby World Cup defeat to Wales to be a driving force for many of Eddie Jones' team during Saturday's crucial Six Nations encounter.

England face Wales at Twickenham this weekend aiming to maintain their hopes of a grand slam having seen off Scotland, Italy and Ireland in Jones' first three games in charge.

The game comes just over five months after Wales' 28-25 World Cup win at the same stadium in which Warren Gatland's men overcame a 25-18 second-half deficit to claim a dramatic success.

England's pool-stage exit was confirmed a week later with a 33-13 loss to eventual finalists Australia.

Bath centre Joseph watched from the stands against Wales and told the Rugby Football Union's website: "It was tough one. The last 10 minutes was horrible to watch and at the time I remember just thinking about trying to be fit for the week later.

"I can't remember the game too well, it wasn't a great time for any of us.

"It's a massive rivalry. Wales are always up for the game against us, so are we, it'll be a massive contest on Saturday and hopefully we'll have the backing of our home support to get the win.

"Each individual will look back and it'll hurt them massively, it will be a driving factor inside of everyone but we will prepare well and show what we are about on the pitch.

"We have had a lot of disappointments and that has hurt us as a team. We know what it feels like to not quite get there and obviously last Six Nations [when England missed out on points difference] we didn't quite make it.

"The World Cup was not great for us so we have had our fair share of disappointment and everyone knows in their own mind that they don't want to feel like that again.

"So we are committed to doing all we can to win this next game and that's how we've approached it. Fingers crossed we can get that win."