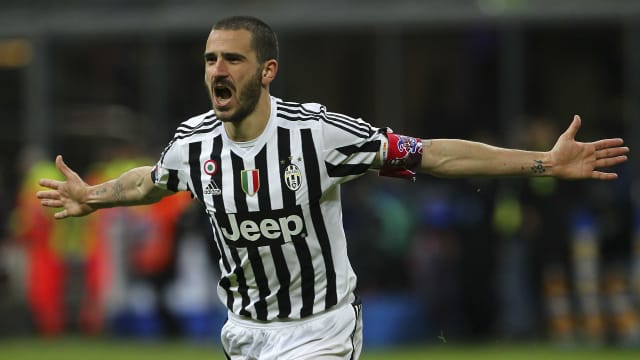 Leonardo Bonucci labelled Juventus' performance against Inter in progressing to the Coppa Italia final via penalties as one of the worst since he joined the Serie A leaders.

Leading 3-0 from the first leg, Juve were left stunned at San Siro in the return game on Wednesday as Inter levelled the tie at 3-3 before Massimiliano Allegri's men triumphed 5-3 in the shoot-out.

But Bonucci - who scored the decisive spot-kick - was not happy with their display, as he told the club's official website: "We made life very difficult for ourselves. Inter had nothing to lose and threw everything at us from the first minute.

"As for us, we approached the match in the wrong manner and as much as I hate to say it, this was one of the worst performances I've seen since joining the club.

"Ultimately, we rode our luck to get to penalties and luckily we put them all away. As everyone knows, it's a lottery."

Bonucci's defensive partner Andrea Barzagli echoed those comments and suggested Juve must reassess their approach after being taught a lesson by Roberto Mancini's men.

"We have to re-evaluate everything to get back to our best," he told Juventus TV. "A team like ours, that aspires to win on all fronts, shouldn't give away a game like this.

"Let's give credit to Inter, but we can do better.

"We're happy to have extended our season, it was our objective at the start of the season and this match will serve as a lesson for us."