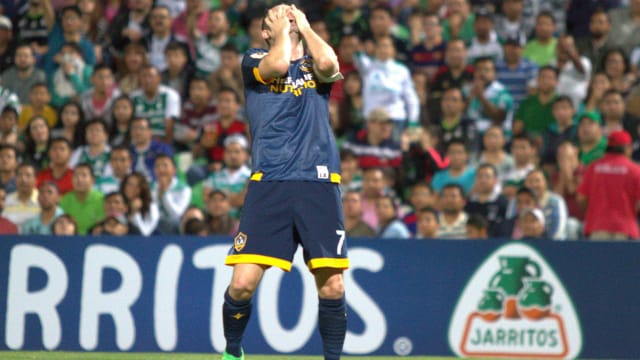 LA Galaxy's CONCACAF Champions League campaign came to an abrupt end on Tuesday, routed 4-0 by Santos Laguna in the second leg of their quarter-final.

The last-eight tie was evenly poised following last week's goalless draw in Los Angeles but Galaxy were no match for Santos, who eased into the semi-finals.

Yet the MLS giants were completely outclassed in the first-half as Santos raced to a 3-0 lead by the interval in Mexico.

Martin Bravo broke the deadlock in the 19th minute via a close-range volley after the Galaxy failed to deal with a corner.

Ulises Davila doubled the lead four minutes later, when he curled the ball into the net off the post, albeit thanks to deflection off Galaxy centre-back Jelle Van Damme.

The tie was settled nine minutes before half-time as Djaniny Tavares guided a header beyond goalkeeper Dan Kennedy, and Bravo completed the scoring on the hour-mark.

DC United joined their American counterparts out of the competition following a 1-1 draw at home to Queretaro.

Quarter-finalists last season, DC were unable to overturn the 2-0 first-leg deficit as Mexico's Queretaro advanced to the semis 3-1 on aggregate.