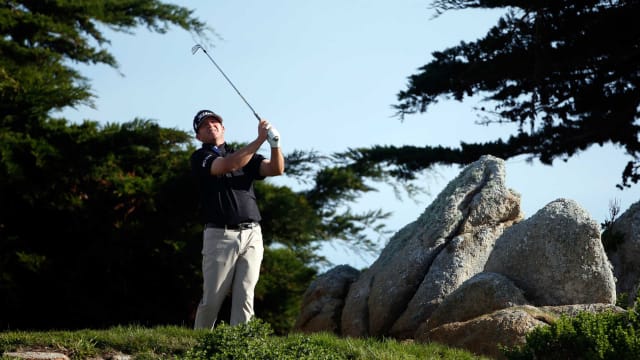 PGA Tour pro Jason Bohn knows that when you survive "the widow-maker" you've gotten a second chance, and he is determined to make the most of it.

Bohn made the cut at the Honda Classic last Friday, but was quickly rushed to hospital after falling unwell and suffering chest pains.

A certain artery in Bohn's heart was reportedly 99 per cent blocked, a condition known as "the widow-maker" because of its potential to cause a fatal heart attack.

He remains eager to get back out on tour, but does not have a timeline yet. He does know, however, he's gotten one serious do-over.

"My doctors all have told me that had I passed out or gone down on the golf course that they really don't think they would have had time to get the proper blood thinners in me -- and put the stent in that they were able to do -- in time," Bohn told SiriusXM PGA Tour Radio from hospital.

Then he put the situation in golf terms: "I got one hell of a mulligan. That's all I can say.

"This isn't going to take me down and I've got a second chance.

"Like I said, when you drop that mulligan, that second ball is always better than the first ball. So I look forward to my return and I really feel like I'm going to come out of this a lot stronger than I have."