Sharks and Saracens play out thrilling draw, Collins the hat-trick hero for Saints 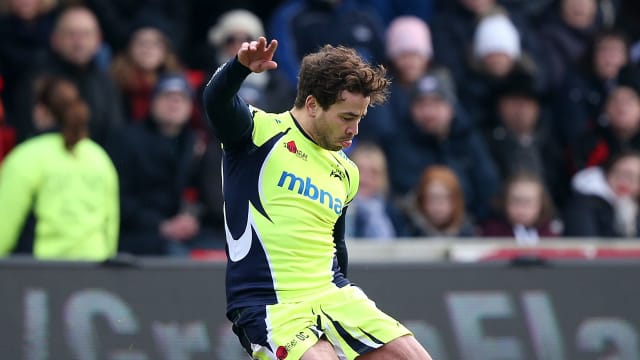 Danny Cipriani missed a last-gasp touchline conversion as Sale Sharks and Saracens played out a thrilling 36-36 draw in the Premiership on Saturday.

Sale fly-half Cipriani - who is to re-join Wasps next season - had the chance to add what would have been winning extras when Tom Arscott raced over down the left-hand side to tie things up in the 79th minute, but his kick missed the left upright.

It was his fourth missed conversion from five tries and that ultimately proved costly, although Sale did protect their unbeaten league record at the AJ Bell Stadium.

The hosts stormed out of the blocks and tries from Sam Jones, Johnny leota and Arscott helped them to a 17-point lead.

Saracens appeared to have wrested the initiative as two Sale mistakes allowed Nick Tompkins and Mike Ellery to score and open up a 10-point lead.

Tom Collins stole the show at Franklin's Gardens as he scored a hat-trick in Northampton Saints' 38-18 beating on Worcester Warriors.

Harry Mallinder, son of Saints' director of rugby Jim, and Lee Dickson were also on the scoresheet as Northampton rebounded from last week's loss at Newcastle Falcons to go fourth.

The Falcons remain in relegation trouble after they were beaten 32-6 at Gloucester - Bill Meakes, James Hook, Ross Moriarty and Tom Savage scored tries for the hosts.