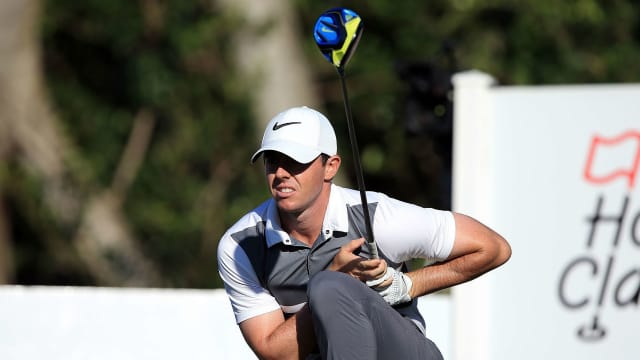 Rory McIlroy offered a frank assessment of his failure to make the cut in the Honda Cut for a second consecutive year on Friday, stating that "sloppy mistakes and mental errors" cost him dear.

The world number three made an early exit once again in Palm Beach Gardens as a result of back-to-back rounds of 72.

McIlroy finished four over - with the cut at three over - and the four-time major winner was left to rue a triple bogey at the fifth - the 14th hole of his second round - after a double bogey at 15 on another miserable day.

The Northern Irishman snubbed the media, but tweeted his verdict as he prepares to go back to the drawing board to prepare for the WGC-Cadillac Championship in Miami next week.

He said: "13 dropped shots in 2 days is not good enough. Too many sloppy mistakes and mental errors. Lots of practice needed between now and Doral."

Rickie Fowler hit another bogey-less round for a four-under-par 66 and a one-shot lead over Jimmy Walker.

The American, who started the second round tied for third a shot behind the leaders, teed off on the back nine on the PGA National Golf Club's Champion course.

He battled well in the windy conditions to post a birdie before adding another three on the front nine in a near-flawless performance.

Fowler also became the first person to go bogey-free over the opening 36 holes at the Honda Classic since it moved to PGA National in 2007.