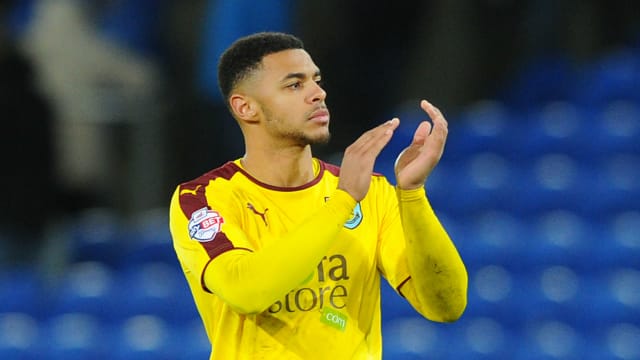 Liam Feeney put the hosts ahead but Gray struck his 19th and 20th goals of the season in the last 16 minutes to seal a third successive win for Burnley, who take top spot from Hull after their 0-0 draw with Sheffield Wednesday on Friday.

Early goals from Albert Adomah and Grant Leadbitter earned Middlesbrough a 2-0 win at Fulham in front of the watching Jose Mourinho, with Aitor Karanka's men now level on points with Hull.

With fourth-placed Brighton and Hove Albion not in action, Derby County could have made up ground on the leaders but were beaten 2-1 at Wolverhampton Wanderers, George Saville netting the winner for Kenny Jackett's men.

Cardiff City closed the gap on the top six to three points with a 2-1 home win against Preston North End, while Ipswich Town arrested their recent slide with a 1-0 victory at Huddersfield Town.

Charlton Athletic remain bottom of the Championship after Reading edged a seven-goal thriller at The Valley, winning 4-3. Yaya Sanogo hit a hat-trick but finished on the losing side after Deniss Rakels struck the winner in injury time.

Rotherham United's first win under Neil Warnock - a 2-1 home victory against Brentford - brought the Millers to three points from safety after Milton Keynes Dons lost 3-2 at Blackburn Rovers, with Jordi Gomez scoring an injury-time winner for Paul Lambert's side.

Wigan Athletic closed the gap on Burton Albion to two points with a 3-0 win against Bury, while Nigel Clough's League One leaders were held 0-0 at home by Walsall.

David Ball's late winner sealed a 2-1 win for Fleetwood Town at Coventry City that lifts his side out of the relegation places.