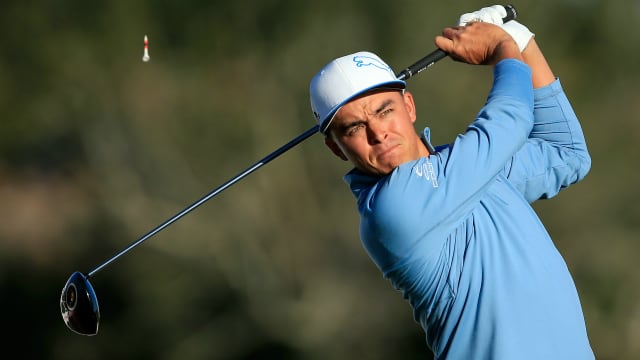 Rickie Fowler hit another bogey-less round for a four-under-par 66 and the lead at the Honda Classic.

The American, who started the second round tied for third a shot behind the leaders, teed off on the back nine on the PGA National Golf Club's Champion course.

He battled well in the windy conditions to post a birdie before adding another three on the front nine in a near-flawless performance.

Fowler also became the first person to go bogey-free over the opening 36 holes at the Honda Classic since it moved to PGA National in 2007.

"It's nice to put together a couple good rounds after Phoenix [play-off loss against Hideki Matsuyama]'' he said.

"Obviously, I played well there and played well down the stretch. [It] just didn't go my way. I'm excited to be back in contention here. I've been swinging well.

"I'm definitely pleased with the first two days and looking forward to the weekend."

Countryman Jimmy Walker is one stroke behind Fowler after also carding a 66 at Palm Beach Gardens.

Joint overnight leader Sergio Garcia is two strokes behind Fowler after two bogeys saw him finish with a 69.

Fellow overnight leader Michael Thompson had a round to forget with five bogeys seeing him card a three-over-par 73.

Australian Adam Scott is three strokes behind Fowler in fourth, while Hudson Swafford moved up 35 places into fifth, where he is joined by Blayne Barber (66).