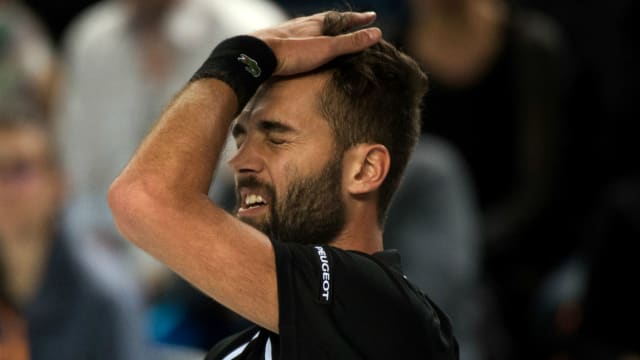 It was not a good day to be a top-two seed at the Brasil Open on Thursday as Benoit Paire and Thomaz Bellucci crashed out in Sao Paolo.

Paire was smashed in the first set and despite his bet efforts to respond, he went down 6-0 4-6 6-3 to Serbia's Lajovic.

The Frenchman, who reached the semis in Marseille last week, could only win 69 per cent of points on his first serve, compared to Lajovic's 80 per cent.

Lajovic's margin of victory en route to the quarter-finals could have been a lot bigger had the Serb converted more than five of his 18 break-point opportunities.

Brazilian second seed Bellucci was meant to take on Spain's Carballes Baena on Wednesday only for rain to delay the match and the extra day's rest did him little good as he crashed out 2-6 6-4 6-3.

Carballes Baena was up against it after being hammered in the first set, but responded well to come out on top in the next two and progress to the quarter-finals.

Cuevas will be joined in the quarters by fourth seed Federico Delbonis, who beat Diego Schwartzman 3-6 6-4 6-2 in an all-Argentine affair.

There was some joy for the locals, however, as wildcard Thiago Monteiro booked an unlikely quarter-final against Cuevas and did what Bellucci could not by winning in front of his home crowd, defeating Diego Munoz de la Nava 4-6 6-3 6-2.