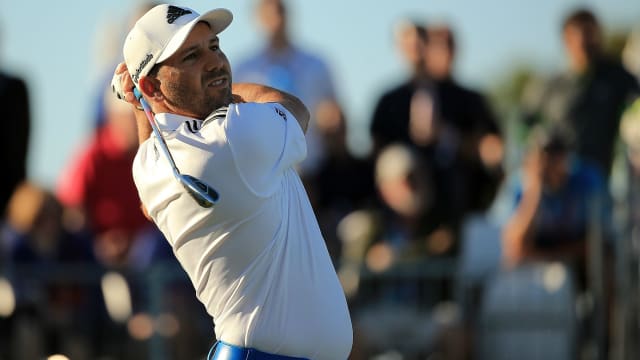 Sergio Garcia and Michael Thompson share the lead at five under following the first round of action at the Honda Classic.

Garcia was in form early on Thursday and kicked things off with an eagle on the second hole as well as three birdies on the front nine at Palm Beach Gardens.

The Spaniard had some trouble on the sixth hole, however, carding a bogey after hitting a barefoot recovery shot from the water - but not before checking for any alligators approaching behind him.

Another birdie on the back nine saw Garcia finish with a five-under 65, alongside 2013 champion Thompson on the leaderboard.

Thompson started with a bogey on the second hole but recovered well to hit an eagle on the third before carding five birdies - including one on the 18th - to take a share of the lead.

William McGirt and Rickie Fowler are tied for third, one stroke behind the two leaders.

McGirt carded three bogeys but finished with seven birdies to post a score of four under, while Fowler hit a bogey-less round on the PGA National Golf Club's Champion course.

Rory McIlroy did not have such a great day, however, three-putting from 10 feet for bogey on the 18th hole before the 2012 champion slammed his putter on the concrete outside the scoring area as he posted a two-over 72 to finish tied for 65th.