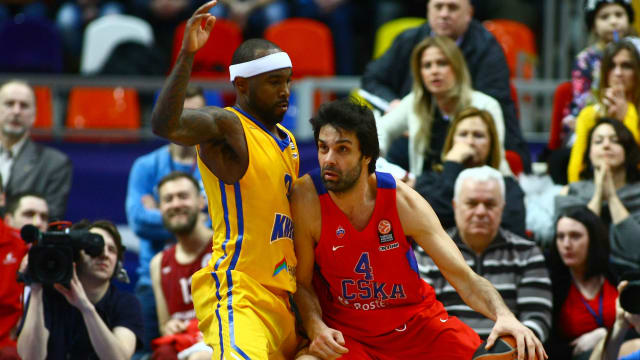 CSKA Moscow defeated cross-city rivals Khimki 108-98 in the Euroleague on Thursday to retain a commanding position in Group F of the Top 16, as Panathinaikos beat Group E leaders Fenerbahce.

Milos Teodosic led CSKA with 26 points at Megasport Arena, 19 of them arriving in the second half. Nando De Colo also made a key contribution with 14 of his 19 points coming after the main break, CSKA putting on a 13-2 run late in the fourth quarter to seal their fourth successive victory and improve to 6-2.

They are top ahead of Laboral Kutxa, who came from eight points down in the fourth quarter to beat Zalgiris 71-65 at home. Darius Adams top scored with 17 points, ably assisted by the double-double of Ioannis Bourousis (16 points, 11 rebounds).

Reigning champions Real Madrid, meanwhile, are third in Group F courtesy of their 90-86 win at Brose Baskets Bamberg, Gustavo Ayon blocking Bradley Wanamaker with 12 seconds remaining to secure the victory for the Spanish visitors at the Nuremberg Arena.

Lokomotiv Kuban registered their second biggest win of the season so far in beating direct rivals Cedevita 87-63 to strengthen their grip on second spot behind the beaten Turkish leaders. Anthony Randolph starred with a double-double of 28 points and 13 rebounds.