Kane and Dembele ruled out of Fiorentina clash 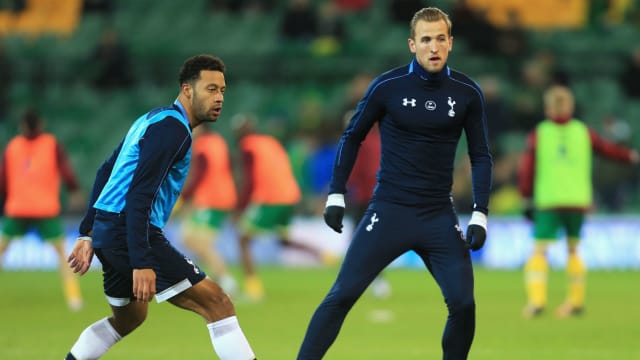 Tottenham will be without Harry Kane and Mousa Dembele through injury for the conclusion of their Europa League last-32 tie against Fiorentina.

Nacer Chadli netted a valuable away goal as the Premier League side drew 1-1 in the first leg, although Spurs will be without Kane due to the broken nose their top scorer suffered in the FA Cup defeat to Crystal Palace.

Midfielder Dembele sustained a groin problem during the same 1-0 loss, although goalkeeper Hugo Lloris is available once more following a shoulder injury suffered in the 2-1 win at Manchester City on February 14 and winger Erik Lamela has recovered from a bout of illness.

Dembele is set for up to a fortnight on the sidelines, an injury that comes at a "bad moment" according to head coach Mauricio Pochettino, who is confident Kane can feature in Sunday's Premier League match against Swansea City.

"We expect and hope Kane will be available on Sunday," he told a pre-match news conference.  "Today, he wasn't [at training] as he is seeing a specialist about his nose."