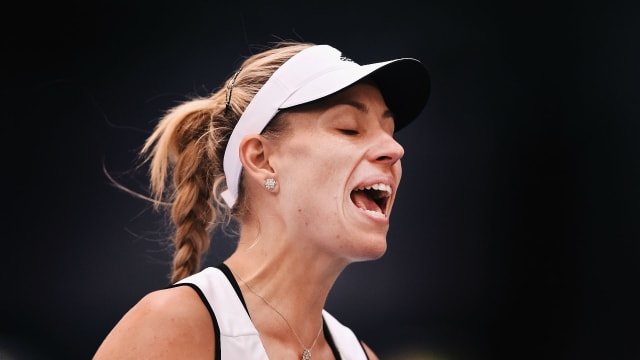 Angelique Kerber's first WTA Tour outing since her brilliant Australian Open triumph ended in disappointment as the top seed suffered a shock 7-5 6-1 loss to Zheng Saisai at the Qatar Open.

Kerber upset the odds to defeat Serena Williams in the Melbourne showpiece last month, but the German - who has played in the Fed Cup but not on Tour since her win - looked flat in Doha.

Zheng deserves credit for a tenacious showing and accurate ground strokes, while Kerber's 38 unforced errors gave the Chinese plenty of cheap points en route to the biggest win of her career.

Next up for Zheng is a tricky contest with wildcard Eugenie Bouchard. The Canadian continued to show signs that she is back to her best by defeating Denisa Allertova 7-6 (7-0) 7-5.

It was a straight-forward outing for third seed Agnieszka Radwanska as she saw off Kateryna Bondarenko 6-4 6-4, but ninth seed Roberta Vinci had to save three match points in a 2-6 6-4 7-6 (7-3) win over Daria Kasatkina.