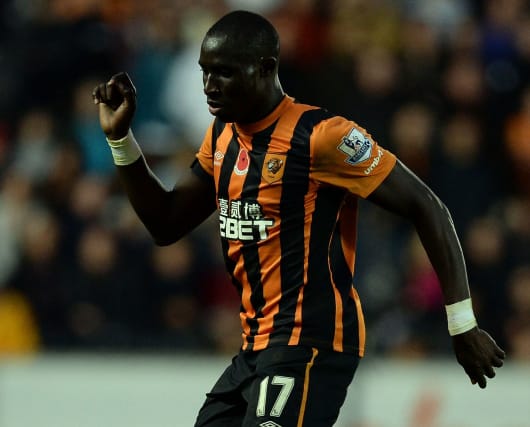 Hull City retained top spot in the Championship with a 1-0 win at Ipswich Town as all of the top four collected victories on Tuesday.

Mohamed Diame latched on to Andrew Robertson's throughball to score his sixth goal of the season early in the second half at Portman Road, while second-place Burnley triumphed by the same scoreline at home to Nottingham Forest and remain a point behind.

The going was a little more comfortable for Middlesbrough and Brighton and Hove Albion - Aitor Karanka's third-place team coming from behind to sink Cardiff City 3-1 and stay two points shy of top spot.

Chris Hughton's promotion contenders are another point back after they won for the first time in three outings, with Sam Baldock the scorer of one of four unanswered goals against his former club Bristol City.

Rotherham United remain six points adrift of the fourth-bottom Dons after Neil Warnock's men lost 1-0 to Reading - Brian McDermott's side claiming their first win in six Championship games as a second-half Hal Robson-Kanu strike allowed them to build on the boost of knocking West Brom out of the FA Cup.

Bottom club Charlton Athletic lost 2-1 at Preston North End and remain level on points with Bolton Wanderers, who lost 1-0 at play-off chasing Birmingham City a day on from the Sport Shield group agreeing their £7.5million takeover of the club.

Oldham Athletic continued their recent revival in League One, extending their unbeaten run to four matches with a 2-1 win at Peterborough United - Cameron Dummigan and Liam Kelly getting the goals, the latter from the penalty spot.

They are now just a point behind fifth-bottom Fleetwood Town, who lost 1-0 at Rochdale, while Bury and Barnsley played out a goalless draw.

Among the chasing pack, Oxford United, Accrington Stanley and AFC Wimbledon were all victorious.

Michael Appleton's Oxford remain in the third automatic promotion place thanks to a 4-1 win at Exeter, while Stanley withstood a late Notts County fightback to triumph 3-2.