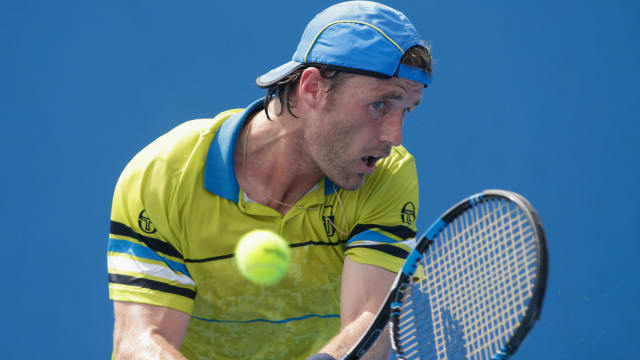 Daniel Gimeno-Traver booked his place in the second round of the Brasil Open after ousting Guilherme Clezar in three sets.

Gimeno-Traver got off to a nervy start, which included three double faults in the first set, but four aces along with winning 82 per cent of his first-serve points in the second got him back into the match.

The 30-year-old improved that stat to 100 per cent in the third set, with another four aces and two breaks enough to advance to the last 16 at the ATP 250 event.

Joining him in the next round is countryman Roberto Carballes Baena following his straight-sets win over Taro Daniel on the Brazilian clay.

The lucky loser broke three times to complete a 6-2 7-6 (7-4) win against his Japanese opponent.

Meanwhile, another Spaniard moved through to the second round, with Daniel Munoz de la Nava defeating Argentine qualifier Maximo Gonzalez 6-3 4-6 6-2.