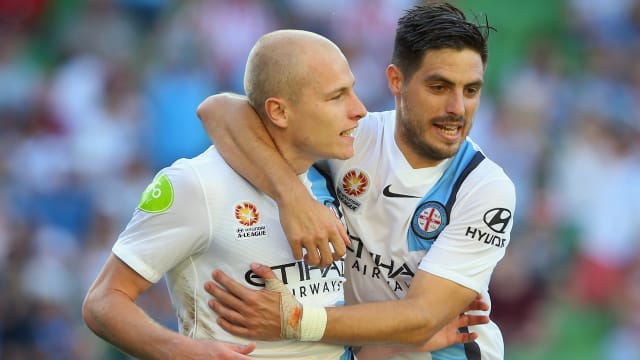 Melbourne City came from a goal down to record an emphatic 4-1 victory over Central Coast Mariners on Sunday.

Jacob Poscoliero felled Nick Fitzgerald in the area and, after Storm Roux received lengthy treatment for a leg injury, Mooy smashed in the penalty, before Ben Garuccio got the third following good work from Fitzgerald and Bruno Fornaroli.

Mooy swept in a fine free-kick deep into added time to cap the victory for City, who move to within three points of league leaders Western Sydney Wanderers. The Mariners remain seven points adrift at the foot of the table.