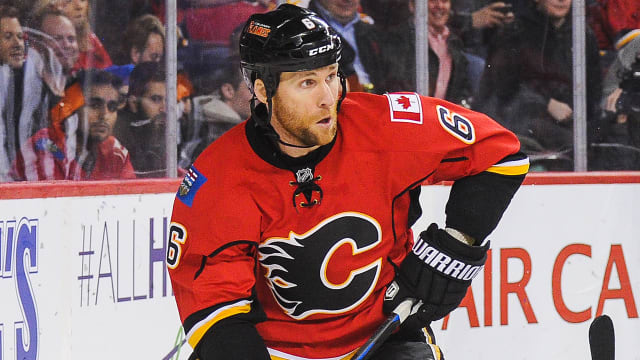 Calgary Flames defenseman Dennis Wideman will continue to watch his team play from the sidelines.

Following a lengthy appeal process, NHL commissioner Gary Bettman announced on Wednesday the league will uphold the 20-game suspension handed to Wideman for cross-checking linesman Don Henderson into the boards in January.

The incident occurred in the second period of the Flames' loss to the Nashville Predators on January 27 when Wideman got up after being knocked down and struck Henderson on the way to the bench.

He later explained he was in pain and just trying to get off the ice, claiming that he could not avoid hitting Henderson.

His 20-game ban was announced on February 3 and he quickly filed an appeal, but the league preserved the ban following a hearing that lasted more than six hours.

The alternate captain was reportedly unhappy about the final decision, as was Flames president of hockey operations Brian Burke.

The suspension will ultimately cost Wideman $564,516.13 from his 2015-16 salary, which will go to the players' association's Emergency Assistance Fund.

He has already missed seven games as a result of the suspension.

Wideman's case is now expected to be turned over to an independent arbitrator.