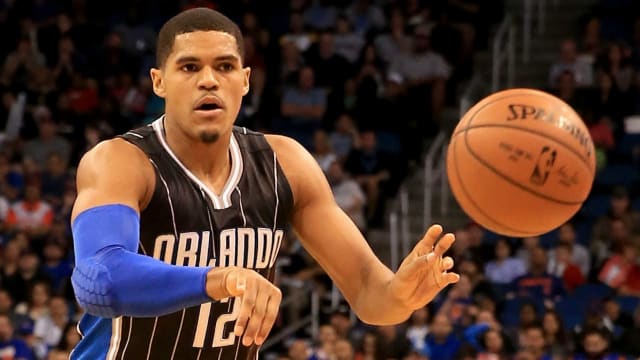 Harris arrived in Detroit as power forward Ersan Ilyasova and backup point guard Brandon Jennings were dealt to the Magic.

The Pistons (27-27) are pushing for the NBA play-offs - just one game behind the Charlotte Hornets for the final spot in the Eastern Conference - and they are getting a young, yet experienced fifth-year player in Harris, who is averaging 13 points and seven rebounds per game.

"We are pleased to welcome Tobias Harris to our organization," Pistons general manager Jeff Bower said in a statement.

"Tobias adds good versatility as a ball handler and scorer who can play both forward positions. He also has good experience for a young player and will fit well with the young core we have assembled on our roster.

"We appreciate the contributions made by Brandon and Ersan to our organization and wish them well moving forward."

Jennings, who is averaging 6.8 points in 18.1 minutes per game, will help Elfrid Payton in Orlando's (23-29) backcourt, while Ilyasova (11.3 PPG, 5.4 RPG) should see minutes immediately while helping to groom high-flying power forward Aaron Gordon.