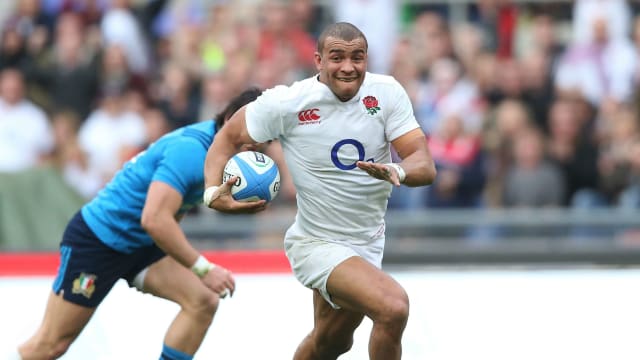 Jonathan Joseph scored a second-half hat-trick to help England maintain their perfect record against Italy in the Six Nations with a 40-9 victory in Rome.

England have now won all 17 of their matches against Italy in the competition, although the latest was far from certain until two lapses in concentration from the home defence at Stadio Olimpico.

Joseph capitalised on a loose Leonardo Sarto pass to score England's second try after 52 minutes, before pouncing on another loose ball to double his tally five minutes later.

He completed his hat-trick with 10 minutes to play, the centre holding off three challenges to wrap up a stunning second-half display.

Italy started the game well and the boot of Carlo Canna gave them some early joy, but Owen Farrell - who scored England's final try - kept his side in it before George Ford scored the game's first try after 24 minutes.

Ultimately it was a convincing win for Eddie Jones' side, who have now won two successive games at the start of a Six Nations in six of the last seven editions of the competition.

England were able to keep a rampant Italy at bay in the early exchanges before being penalised by referee Glen Jackson in the ninth minute, Canna duly kicking the game's first points.

Slowly the hosts allowed their opponents time to play and two kicks in the space of four minutes from Farrell and Ford saw England take a 6-3 lead.

Italy were only behind for two minutes, hitting back through the boot of Canna again. However, Ford restored England's advantage after 25 minutes as he capped off a flowing move with his first try away from Twickenham.

Joseph and Mike Brown pressurised Luke McLean from a deep kick and forced a turnover inside the 22, England quickly recycling the ball to allow Ford to score in the corner.

England had struggled with line-outs throughout the half and another sloppy effort handed Canna one more penalty opportunity, and he duly obliged to move Italy to within two at the break.

The Italian fly-half missed an early kick in the second half, though, and all of their hard work was quickly undone before the hour when Sarto's pass was intercepted by Joseph.

He was presented with a second try after 57 minutes as England's forwards dominated a scrum inside the Italy 22, the ball came back to Danny Care and his chip was pounced on by the centre.

Joseph added his third after 70 minutes with a storming run through three defenders, before Farrell scored England's fifth try with five minutes to play after good work from replacements Maro Itoje, Jamie George and Jack Clifford.