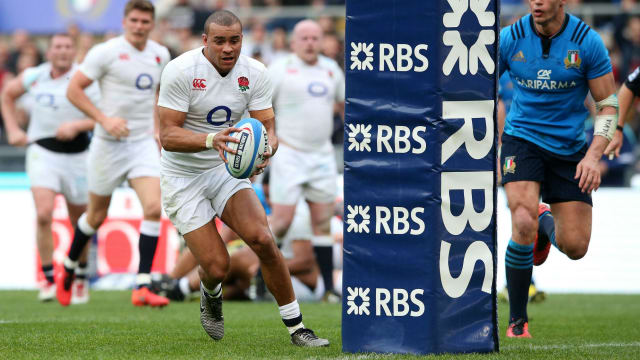 After absorbing early pressure from the hosts Eddie Jones' men found themselves narrowly ahead at the break in Rome thanks to George Ford's try.

Italy pressed again after the restart, but once Joseph had intercepted a Leonardo Sarto pass to score the visitors' second try, England ran away with the game.

Joseph went on to complete a hat-trick, before Owen Farrell rounded off the win with a fifth score late on.

"We spoke about starting well, but we didn't get there," Joseph told ITV Sport. "Once we got into the game we showed what England can do. We had to come out firing in the second half and managed to eradicate our mistakes

"Everything was in place but errors let us down, we eradicated them and moved forward

"We're very proud of our defensive structure and we forced mistakes from Italy. We're looking forward to our next game in two weeks."

Captain Dylan Hartley was equally impressed with England's second-half display, but stressed the need for improvements.

"The first half was frustrating, but overall it was a good result for us," he said. "Our defence was impressive and it was great to hear the travelling fans getting behind us.

"We've got high standards so there is stuff to work on, particularly in the ruck where we need to tidy up. We came out in the second half and tried to mix things up which was a lot more satisfying."