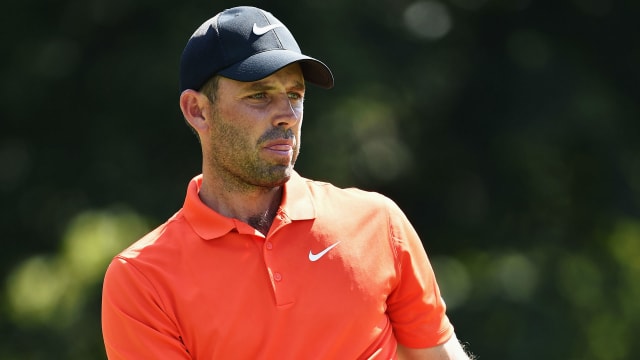 Zander Lombard charged into second place at the Tshwane Open with a third-round 63, but Charl Schwartzel will begin the final day with a one-shot lead despite bogeying his last hole on Saturday.

Lombard, runner-up at the Joburg Open on his previous European Tour start, equalled the lowest score of the week in Waterkloof thanks to a superb mid-round surge.

Three successive birdies from the sixth were followed by an eagle at the par-five ninth and Lombard then picked up further shots at the 10th and 12th to reach seven under for the day and eight under overall.

The 21-year-old parred his way home thereafter and will play in Sunday's final group with Schwartzel, who looked set to go bogey-free for a second successive round before slipping up at the 18th.

Schwartzel - a 10-time European Tour winner whose most recent success came on home soil at the Alfred Dunhill Championship in November - also eagled the ninth and found birdies at the second, 12th and 17th in his 66.

Haydn Porteous (68) - the man who pipped Lombard to victory in Johannesburg - and Anthony Michael (71) are three behind Schwartzel at six under, the latter slipping back after holding the lead overnight.

Porteous would have been even more handily placed, had he not run up a triple-bogey at the par-four seventh.

Toby Tree is the highest-placed player from outside South Africa - the young Englishman recording two eagles in his 65.

However, Tree also struggled on the 18th - making double bogey to drop five off the pace.