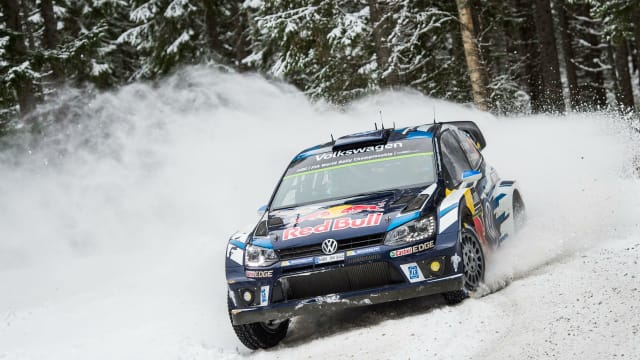 Sebastien Ogier looks set to claim yet another victory after resisting a determined charge from Hayden Paddon on the penultimate day of the Rally Sweden.

Ogier kicked off his bid for a fourth successive World Rally Championship title with a win in Monte Carlo last month and has benefited from a number of his rivals enduring problems this week.

On his debut in Hyundai's 2016-specification i20, Paddon threatened to spring a shock by closing to within nine seconds of Ogier on Saturday.

However, it was the Volkswagen driver who finished the day the stronger and he will take a 17.1-second lead into Sunday's solitary power stage.

Paddon appeared happy to settle for second as his challenge faded.

"It's about maintaining my position now," said the New Zealander.

"We went into the penultimate stage 10 seconds behind Ogier and that's like a minute to anyone else. We need to be smart."