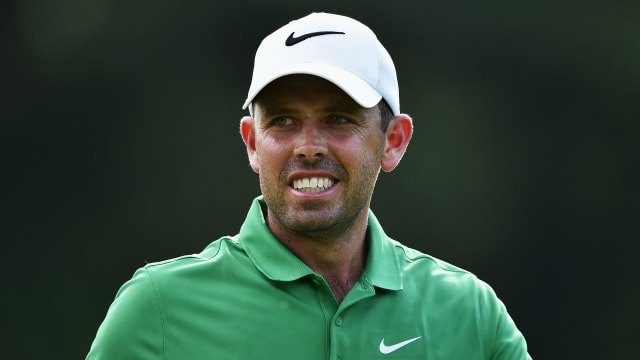 On a day when low scoring proved tough, Charl Schwartzel surged up to the leaderboard with a superb six-under-par 64 to sit two shots off leader Anthony Michael at the halfway stage of the Tshwane Open.

The average score on round two at the Pretoria Country Club was two over, but South African Schwartzel - a 10-time winner on the European Tour - registered a blemish-free round.

Schwartzel made a disappointing one-over 71 on Thursday, but he was two under at the turn on Friday and an eagle at the par-five 12th was swiftly followed by a birdie at 13 to accelerate his round.

He made another birdie at 15 and not even a delay of over an hour and a half due to adverse weather derailed the 2011 Masters winner as he moved into outright second on five-under par.

Schwartzel's compatriot Michael started the day one stroke adrift of overnight leader Justin Harding and a solid one-under 69 left him on seven-under par for tournament.

Michael started well with a birdie at the second that he handed back with a bogey at the fourth, but gains at the fifth and ninth saw him reach the turn at 33.

After bogeying the 11th, Michael sank a superb long-distance putt at 15 only to drop another shot on the penultimate hole.

Haydn Porteous, who made headlines for playing a shot shirtless near a water hazard on Thursday, scored well with a four-under 66 and he is in a three-way tie for third with Theunis Spangenberg and Daniel Im.

It was largely a day to forget for Harding on day two as he hit a double bogey and six bogeys en route to a disappointing five-over 75, to leave him two under for the tournament.

However, the South African had a moment to savour when he made a hole in one at the par-three 14th.

The likes of Oliver Wilson and Tjaart van der Walt will not be around for the weekend, though, as they were among those to miss the cut.