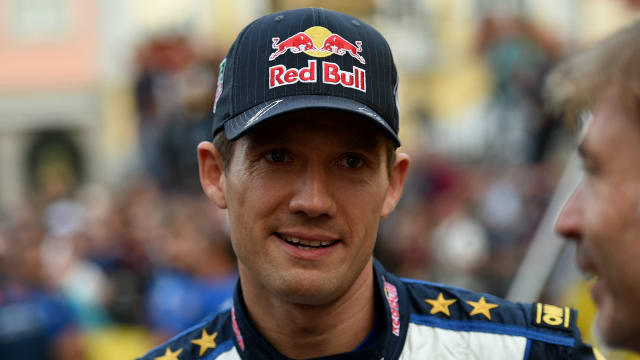 Sebastien Ogier has called for this weekend's Rally Sweden to be cancelled due to unsafe racing conditions.

The rally is usually held in snowy conditions, but above zero temperatures in Scandinavia has caused snow and ice to melt prompting organisers to slash eight stages off the itinerary earlier this week.

World Rally champion Ogier, who won the opening round of the season in Monte Carlo, says that some of the roads are devoid of snow and ice.

Ogier believes such conditions will be unsafe with drivers using studded tyres and asked by Swedish paper Varmlands Folkblad if the race should be run, the Volkswagen driver said: "No. I do not think so.

"The only routes we can run are in Norway [where some of Friday's leg is being held]. We can run a short sprint rally there, that's okay.

"But the rest is a gravel rally and it would be completely unsafe to try. If we try to run the race, we'll lose the studs immediately and then it becomes really dangerous.

"I do not understand why we're conducting the recce. We are destroying the roads for no reason."

Ogier says he understands why organisers are keen to hold the race, but believes driver safety must come first.

"I know it's a really difficult decision for everyone, but it's simply not possible to run this time," he added.

"I'm sorry for all the trouble it would mean, but it would be too dangerous to try to drive on gravel roads where the studded tyres are not suited."