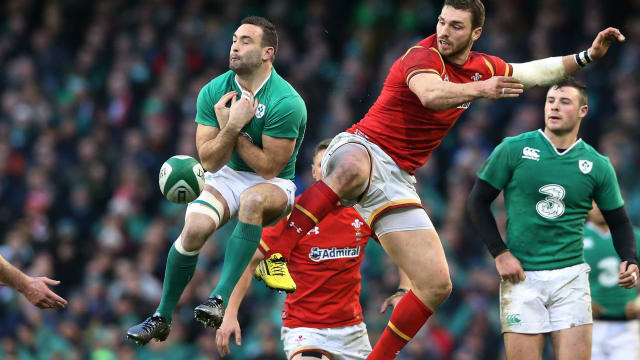 Ireland wing Dave Kearney hopes to exploit what he pinpointed as a "soft" France defence in their Six Nations meeting on Saturday.

France laboured to a 23-21 victory over Italy in Paris last weekend, with a late penalty from Jules Plisson rescuing the victory in Guy Noves first match at the helm.

On Tuesday, Eddy Ben Arous admitted Les Bleus had been too forgiving in their opener and called for more aggression against Ireland.

However, Kearney believes Joe Schmidt's team have the capacity to stretch the France defence, though he acknowledged they must be wary of their ability to mount swift attacks.

"The Italians did pretty well last weekend. The French were a bit softer than they usually are, especially outside the 22," he said.

"They were probably letting the Italians attack too much and guys like [Michele] Campagnaro, they got on the outside and stretched them out wide.

"It's definitely something we've looked at this week, and hopefully that space opens up for us this weekend.

"While their attack was good and they threw the ball around, I think they're going to work on their defensive part of things this week.

"Everybody knows that Guy Noves loves to play that French style of rugby and throw the ball around a lot and the squad that he's picked shows that.

"The guys that they have throughout the back line, they love to run, especially off broken field play. They love to run off counter-attack and to offload the ball."

Kearney highlighted the threat of Fiji-born wing Virimi Vakatawa, who scored a try on his debut in the win over Italy after making the switch from sevens.

"You've just got to try and not give as much space as you can," he said.

"He's got good footwork, he's a strong, big guy, so you've just go to give him as little space as possible.

"You've just got to get into him, get up and as quick as you can."