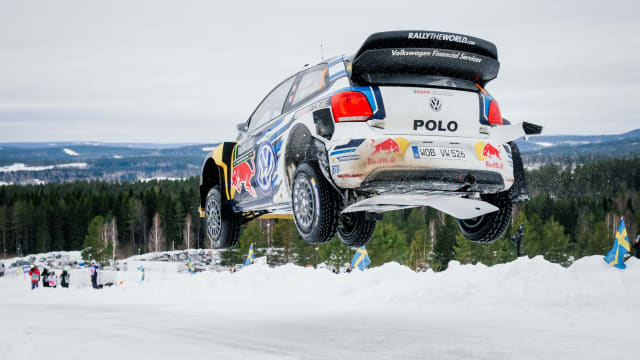 Rally Sweden has been reduced from 21 stages to 13 after mild temperatures threatened to force the cancellation of the second round of the 2016 World Rally Championship season.

The championship's only trip to Scandinavia is characterised by wintry conditions but temperatures crept above zero to place the staging of the rally in doubt.

Concerns were raised that compulsory studded tyres could damage normally icy roads and make them unusable.

An article on the WRC's official website on Monday read: "Organisers submitted a revised route to teams this morning with the 21 scheduled stages reduced to 13, and the competitive distance cut from 331.21km to 241.48km.

"While temperatures in the rally region are hovering at 4C today, colder weather is forecast later in the week. Overnight temperatures are set to plunge to -11C around Hagfors, where much of the action is based, and organisers are hopeful further cuts will not be required.

"The recce will be delayed by 24 hours until Wednesday and Thursday. The pre-event shakedown test near the rally base in Karlstad has been cancelled, along with Thursday night's traditional opening super special stage at the town's trotting track.

"Much of Friday's action is based across the border in Norway, but the double run through Kirkenaer has been axed, leaving six stages covering 118.36km.

"However, both passes through Vargasen, featuring the famous Colin's Crest jump, will take place and will be broadcast on live TV, along with Karlstad's evening super special stage.

The rally was last cancelled due to mild conditions in 1990, while warmer-than-usual temperatures also caused problems in 2005.