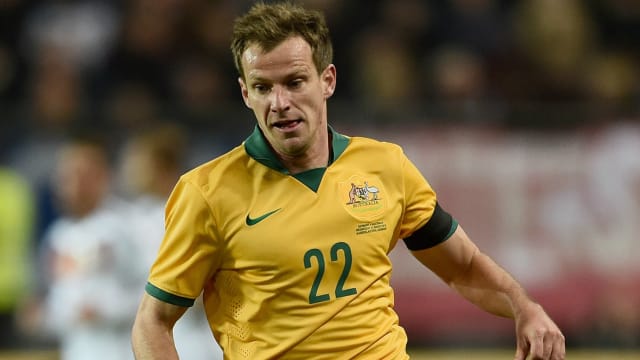 Melbourne City defender Alex Wilkinson is desperate to make his debut against rivals Melbourne Victory in the upcoming derby.

Wilkinson, 31, was unveiled as a City player on Tuesday, just days out from Saturday's A-League showdown with Victory at AAMI Park.

Third-placed City and defending champions Victory are level on 28 points.

And the 16-time Australia international - back in the A-League for the first time since leaving Central Coast Mariners in 2012 - is hoping to make an immediate impression this weekend, if given the opportunity.

"I'm very excited to be down here and I have my short term future sorted so the sooner the better for me," Wilkinson told reporters. "I want to be involved straight away.

"I've watched a lot of the derbies on TV. I've never been to one live so it'd be a huge game to be involved in and a very important game for us. Obviously it'd be great to get a win and if I could be involved in it, it would be fantastic.

"I trained with all the boys who were not involved in the game [on Sunday] and the way they set it up, they mirrored the session to be similar to the exertion in a game so it was a reasonably tough.

"I came through it pretty well and now I'm looking forward to the session today, tomorrow and the rest of the week."