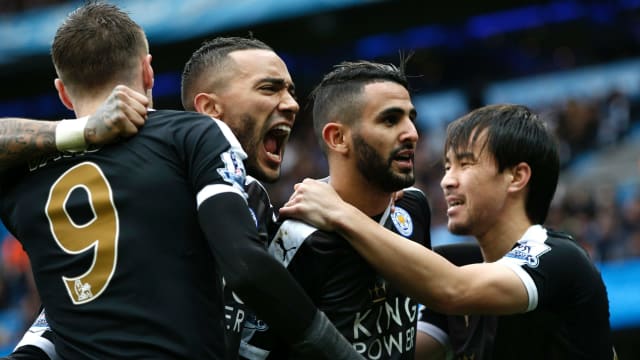 Sol Campbell thinks the lack of experience Leicester City and Tottenham have in leading the Premier League makes the race for the title even more unpredictable.

Table-topping Leicester, who narrowly avoided relegation last season, opened up a five-point lead with a stunning 3-1 victory over Manchester City at the Etihad Stadium on Saturday, with Tottenham moving up to second following their 1-0 win over Watford.

The pair are bidding to become just the sixth club to lift the Premier League title since its inception in 1992, and Campbell says not knowing how they will cope with that pressure is likely to set up an entertaining climax to the campaign.

"The trouble is, of the people at the top, there's only City with experience. If you had Arsenal or Man United at the top it might be a different story, but because you've got teams that have never been [there] you don't know whose going to win," the former Tottenham and Arsenal defender told Omnisport.

"Some teams might drop off, another might kick on, so you can't really tell. At the moment, Leicester are the ones to beat. They're in pole position, if they keep their nerve they're going to do it."

Next weekend, Leicester travel to third-placed Arsenal while City entertain Tottenham in a round of fixtures that could have huge implications on where the title ends up.

Ex-England centre-back Campbell thinks the onus is on Arsene Wenger and Manuel Pellegrini's teams to come out with maximum points.

"A draw doesn't help City or Arsenal, it helps Tottenham and Leicester. I've always been the man to go out and win, and that's what those teams have got to do," he added.

"Arsenal need to beat them, but Leicester are in the groove. It's a fantastic story, though, it really is, and shows hard work, team work and people just going out and working for every inch on the pitch. That's what it's all about."