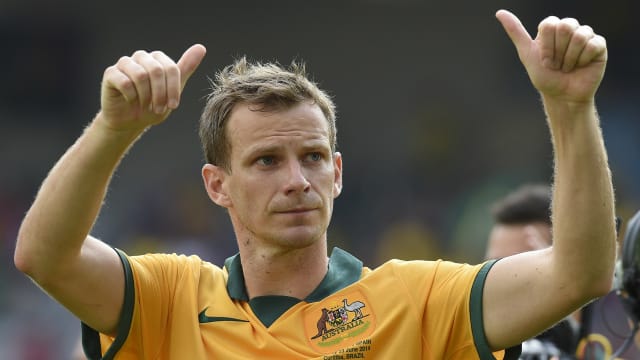 Alex Wilkinson is back on home soil after being announced as Melbourne City's latest signing.

The Socceroo will play for the A-League premiership hopefuls for the remainder of the 2015-16 season as the club enhanced their defensive stocks.

"Alex brings with him a lot of experience, having played for the Socceroos and in club football in Asia, and his qualities will help strengthen our defence," Van 't Schip told the club's official website.

"He is an important addition to the squad having enjoyed success both in the A-League and abroad."

Wilkinson is out of contention for City's away game against the Newcastle Jets on Sunday and will link up with his new club on Monday.

He was part of the Socceroos' 2015 Asian Cup triumph and started in each of Australia's three group matches at the 2014 World Cup in Brazil.

The defender's international experience is complemented by his 172 A-League appearances with the Central Coast Mariners, who he captained.