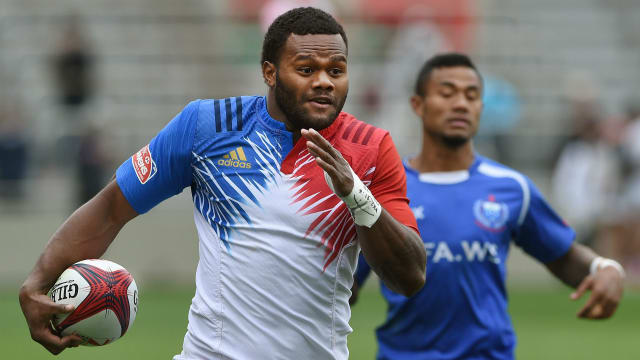 Virimi Vakatawa is one of four France debutants named in the starting line-up by Guy Noves for Saturday's Six Nations opener against Italy.

Fiji-born Vakatawa, 23, was a surprise inclusion in Noves' squad and the sevens wing has been given the nod to start at Stade de France.

Sebastien Bezy comes in at scrum-half, while Jonathan Danty will also make his Les Bleus bow against Jacques Brunel's men.

Lock Paul Jedrasiak gets his chance at the start of a new era for France under head coach Noves, with Camille Chat, Jefferson Poirot and Yacouba Camara poised to make their debuts from the bench.

Hooker Guilhem Guirado captains his country for the first time after replacing the retired Thierry Dusautoir.