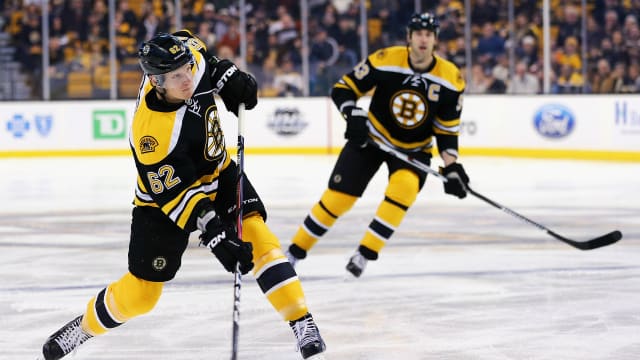 Six different Anaheim Ducks players scored a goal in a big 6-1 victory over the Boston Bruins in the NHL at the TD Garden on Tuesday.

The Bruins were first on the score board when Zach Trotman hit the opening goal 40 seconds into the first period but Corey Perry and Shea Theodora struck back to give the Ducks a 2-1 lead.

Anaheim kept the Bruins scoreless in the second period, while David Perron and Kevin Bieksa added to the lead, before Zdeno Chara pulled one back for the home side early in the third.

But the Ducks' result never looked in doubt, with Ryan Kesler and Mike Santorelli scoring in the last minute of the game to complete the rout.

San Jose Sharks centre Joe Thornton scored his 1,300th NHL point as the side recorded a 6-1 win against the Colorado Avalanche.

Thornton entered the game with 1,298 points in 1,332 games, with two assists in the first period helping him reach the landmark.

He is now 33rd on the all-time NHL scoring list, with only one active player - Jaromir Jagr on 1,835 points - ahead of him.

Melker Karlsson, Tomas Hertl, Joe Pavelski, Joel Ward, Paul Martin and Dylan DeMelo were the goal-scorers for the Sharks in their dominant display.

Riley Nash scored two goals and goaltender Eddie Lack made 26 saves as the Carolina Hurricanes defeated the Chicago Blackhawks 5-0, while a first ever NHL hat-trick from rookie Nikolaj Ehlers helped the Winnipeg Jets to a 5-2 victory over the Arizona Coyotes.

In other results, the Pittsburgh Penguins won their third successive game after a 2-0 win against the New Jersey Devils, the Montreal Canadiens went down 5-2 to the Columbus Blue Jackets, Jack Eichel scored a double as the Buffalo Sabres defeated the Ottawa Senators 3-2, the Florida Panthers accounted for the Toronto Maple Leafs 5-1, and the Nashville Predators edged the Vancouver Canucks 2-1.